This year’s quilt, “Scaleline,” was inspired by a line doodle where lines of varying thicknesses were arranged in block-like shapes with the lines overlapping at different angles. A limited range of colors was selected from this year’s charity quilt color palette, using light gray as the background and three colors of cross weave cotton for the piecing and bias tape applique.

Guild members pieced together strip sets at our annual guild holiday party that were then assembled into sections and overlaid with bias tape of different widths. The quilting was kept to a simple straight line design that echoed the piecing and bias tape to keep the focus of the quilt’s minimalist design and on the shapes and depth created by the blocks of overlapping lines. 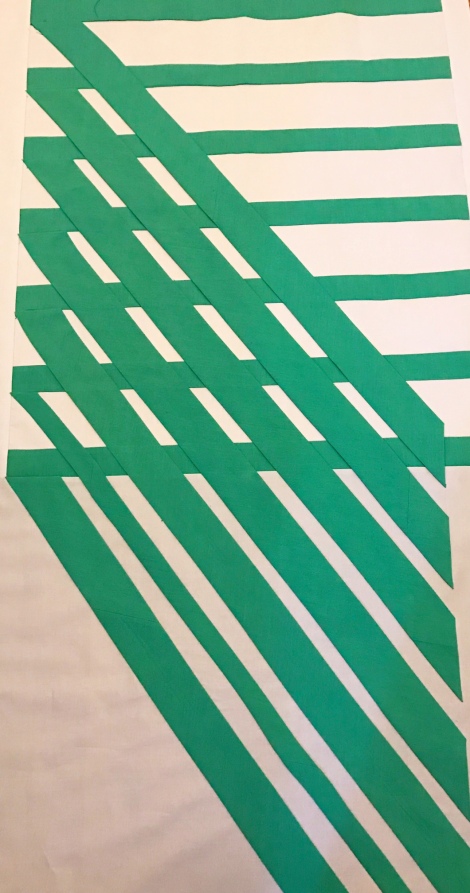 The secondary pattern of diamond shapes created by the overlapping lines made a surprising amount of variation in the design.

A favorite part of working on this quilt was working with the cross weave fabrics – the colors selected are very much Seattle MQG colors. The depth and variation the fabrics gave to the quilt when combined with the plainer gray background helped to emphasize the minimalist design and really helped to make the design pop.